a clavis to cerebria

Here is a clavis, or key, to the realm of cerebria.

Dark child goddess of cerebria. She, of rich charcoal skin and hair, is forever paying attention with enormous interest and intelligence to the scientific pursuits of the realm.

She is experienced by sailors and diviners in two different forms: stans and fluens. Stans refers to her “forever”, eternal, quality. Fluens refers to her lightning speed of arrival and departure.

An ancient, straggling town, high in the mountainous region of cerebra. Agalia is on the way to the snow-covered peaks to which diviners and sailors make their pilgrimages. The snow mother manages a well-known store in a disused pagan structure in the town. She sells provisions, including placards used in pilgrimages.

An electro-mechanical device tuned to present useful information relating to the epynean. (An annunciator is depicted in what i, the caterpillar, said.)

The means by which measures of valence are made. Callipers are a powerful thought form in the hands of skilled diviners. See also subtension below.

(“cere-bree-a”) An imaginal realm of mountains, fecund slopes, towns and villages, and seas. It has a characteristic port, inhabited primarily by sailors and diviners.

The name cerebria may derive from the observed tendency for its inhabitants to live from higher brain functions, using predominantly the cerebral cortex, in which sophisticated information processing generally occurs. This has fostered in cerebria an Avilion-like atmosphere, akin to that described by Tennyson in Morte D’Arthur:

Where falls not hail, or rain, or any snow,
Nor ever wind blows loudly; but it lies
Deep-meadow’d, happy, fair with orchard-lawns
And bowery hollows crown’d with summer sea,
Where I will heal me of my grievous wound.

Cerebria in this sense differs markedly from earth, in which lower amygdala processes (fight, flight, freeze) are often in evidence.

Cerebria is visited at various times, without announcement, by the three visiting voids. These are times of much celebration, but also trepidation, as the sailors may have become misaligned with the voids’ teachings, during their times of absence.

(“cere-bree-an”) Relating to the realm of cerebria.

A four-stringed mandolin not unlike the Brescian or Cremonese. The cerebrian mandolin is played by sailors of certain ranks whilst in the round.

Cerebrian clogs are highly prized footwear worn only within the round. The clogs are carved by sailors during sea voyages of research and discovery and are worn only by their maker. Clogs are carved from eucalypts sourced in distant ports and this is a very difficult wood to hand carve.

The quality and sophistication of a sailor’s clogs is an indication of the level of his understanding of the epynean.

The three comets that appear in the skies over cerebria and herald the return of the three visiting voids. The comets are perizol, tereef and another (the name of which is not yet known). 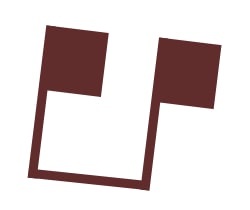 sigil of the diviners

Householders in the port of cerebria whose sole task is to plumb the epynean and present their findings to arriving and leaving sailors by means of placards and roundels attached to their dwellings.

Diviners belong to various classes, and the teachings of classes can be said to jostle with that of other classes, in a way analogous to how their residences jostle for position in the port.

Hence there can be competition between diviners to discover and portray ever-deeper understandings, and this competition is seen as conducive to the sailors’ learnings.

The sigil of the diviners is said to depict their placards.

(“epi-knee-an”) The fathomless profundity supporting and encompassing the rational islets of the sailors. Intimations of the epynean are possible through urgings of the diviners and through a process of deepening valence.

The epynean is not to be confused with the empyrean, the latter an old term for the highest light-filled heaven. The epynean, however, is called the “infinite canyon of dark repose” and as a “vault beneath mind”, for example in the word piece of a comet.

Relentless and dogged inquiry into the epynean. Undertaken by diviners, and also the sailors both during long sea voyages and in the round.

A roundel of tincture azure. As in traditional heraldry.

A bugle-like instrument used to herald cerebrian dances and songs. An example of kanak sound is as follows:

As in traditional heraldry. A further understanding relates to the baby ore.

(“per-eye-zol”) One of the three passing comets, known for its fiery theophanic displays.

Signs erected by diviners on their places of residence to indicate to passing sailors pertinent aspects of cerebrian lore and understandings relating to the epynean. Some placards consist of simple slogan reminders, such as:

Dance The Three Dour Siblings In

Other placards contain more complex and topical messages, the fruits of developing understandings attained by the diviners.

Placards are considered an art form in themselves, and have a long history of continual refinement. 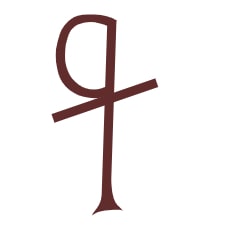 sigil of the romani master

An occasional visitor to cerebria, the romani master paints a rich and lively figure, with his brilliant blue cloak, jet black wavy locks, gold rings and pendants, and enamelled jewels. He’s Romani – a descendant of many generations of Europeans dwellers, with strong links to earlier ancestral roots in Northern India.

The romani master is a seer – an itinerant provider of signs, symbols and teachings on ways of living, for the benefit of the sailors. He sometimes marks the haunts he has visited with his sigil.

A marked circular space within the cerebrian orange groves, in which the rites of cerebria are revivified. “Entering the Round” is a powerful custom for cerebrian sailors, who often otherwise spend long periods at sea.

In the round, sailors wear clogs they have crafted during sea voyages, and resplendent jackets. They enact their understandings and learnings of the lore obtained from distant ports.

At another level, the three visiting voids occasionally enter the round and perform arcane footwork.

As in traditional heraldry. 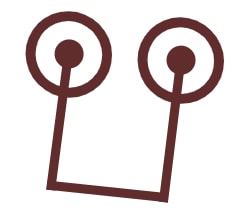 sigil of the sailors

Men of the seas of cerebria. Expert navigators of material and inner worlds, they take their teachings from the diviners and, from time to time, the romani master.

Their sigil is said to depict their roundels.

Storekeeper in agalia, a small town high in the mountains of cerebria. Her store is old and of red-painted wooden panels, now faded and weathered. She has provided supplies and nourishment for many years to adventuring sailors, intent on undertakings involving grueling mountain climbs.

The valence of an individual, population or realm which is below the level of perception.

The use of virtual callipers to measure the valence of an emotional population. Subtension is performed by diviners, and also at a celestial level by passing comets. (See what i, the caterpillar, said for a depiction of this latter case.)

(“tel-aysh-ian”) An understanding of the underlying numerical nature of reality, attained by performing prodigious calculations at speed whilst in the round.

A dance form in which sailors attempt to experience the telachian. Here is a tribute to the whirl.

One of the three passing comets that light the sky of cerebria and herald the return of the three visiting voids. 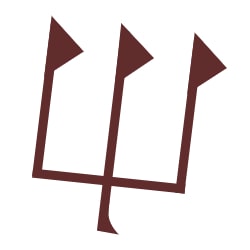 sigil of the three voids

The three voids who periodically visit cerebria and expound teachings to the sailors on the nature and structure of the epynean. They are often accompanied by three comets. (Some say they may be in fact be the three comets, although they themselves refer to passing comets.)

They are also known as the three dour siblings, and the voids of valence. Their gender is indeterminate.

At least one of the voids has skin finely inscribed with ancient texts.

The sigil of the three visiting voids is said to depict the way they comport their faces during teachings. It is also seen as a trident.

A roundel of tincture gules. As in traditional heraldry.

The emotional awareness and availability-for-connection of an individual, population or realm.

As in traditional heraldry.