The Alchemist Protects the Athanor 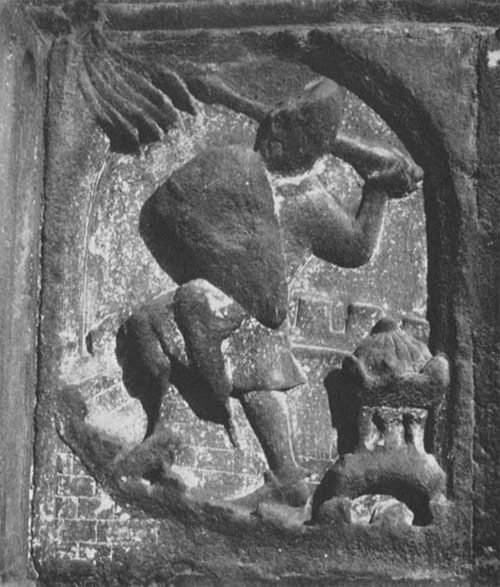 This time, the artist watches over the product of his labour. Our knight, clad in armour, with greaves on his legs and his shield on his arm, has taken up his position on what seems to be the rampart of a fortress, judging by the battlements which surround it. With a defensive movement he holds his javelin against some indistinct form (rays? tongues of flame?), which it is unfortunately impossible to identify because the moulding is so mutilated. Behind the warrior, a strange little building, composed of a crenellated, arched base supported on four pillars, is crowned by a segmented dome with a spherical keystone. A pointed and flaming mass under the lower archway shows clearly the use to which this is to be put. This curious tower, a miniature castle, is the instrument of the Great Work, the Athenor, the occult furnace with two flames – potential and actual – known to all disciples, but debased by the great number of descriptions and pictures made of it.

And Dennis William Hauck says about the Athanor:

“Athanor” comes from the Arabic word “al-tannur” (oven). The athanor is the furnace used by the alchemists to perfect matter. Built of brick or clay, the athanor usually was shaped like a tower with a domed roof and was designed to keep an even heat over long periods of time. The alchemists considered it an incubator and sometimes referred to it as the “House of the Chick.” Symbolically, the athanor is also the human body and the fire of bodily metabolism that fuels our transformation and the ultimate creation of a Second Body of light. The mountain is a symbol for the athanor, since the perfection of the metals takes place under the guise of Nature within mountains. Sometimes a hollow oak tree is used to symbolize the athanor. (Alchemy Reference Guide)

Here is more on the Book of Lambspring cover. 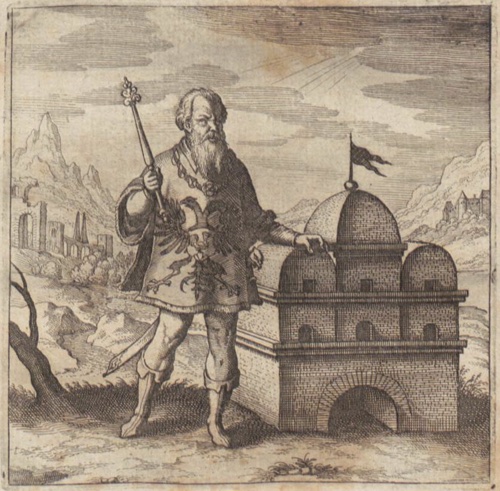 “The Book of Lambspring” Cover