The Hermetic “By Hook & By Crook” 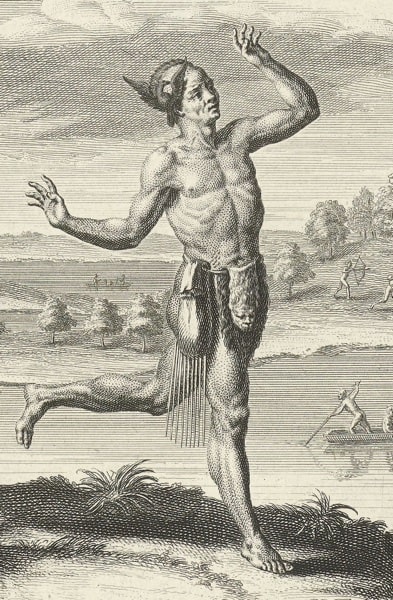 The Magician From Virginia

Although there is much scholarship on Hermes and the Hermetic (i.e. Western alchemical) tradition, it’s good to remember that much of the “manifesting” of Hermes is experiential (see the Quotes from “Hermes Guide of Souls, “You manifest, by hook or by crook”)

Often it can be an image glanced at, a series of notes overheard, a living animal in a glen – or someone passing in a busy street that invokes the hermetic, if we are open to this. Here he manifests exquisitely as the Magician of Virginia, in Bernard Picart, Ceremonies et Coutumes Religieuses des Peuples Idolatres (1723).

And here’s another image that for me has an Hermetic character. It’s from a larger work by Jan Luyken, of 1692. The begging figure has a jauntiness about him that speaks to me of Hermes. He may be a beggar, but I feel that’s not all he is! 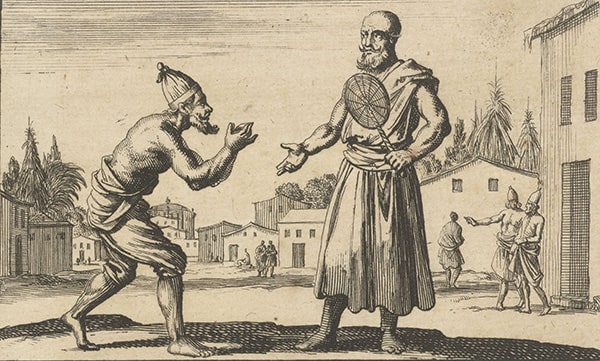 Figure Begging for a Priest

He influenced a work of mine, Sensing, in which the character senses dark fish.

Speaking of the birth of Hermes (whose father was Zeus and mother, Maia):

she bore a child of infinite devices, child of winning wiles,
a cattle-driver, leader-of-dreams, watcher-by-night, thief-at-the-gates,
a deity soon to perform remarkable deeds
among the immortals.

(From Charles Stein’s translation of The Homeric Hymn to Hermes.)